This Is The Time – More Than a Virus

This is a time for remembering.
For slowing down.
For stopping.

This is a time for pausing long enough to see the system for what it truly is.
How we’ve been trapped by it.
How we are held prisoner to our eight-hour work days.
This could be a time to let the system reset.
Do we really want to go back to things as they used to be?

Maybe we should take a second and reevaluate?
Why have we not yet stopped?
Why can’t we stop.

This might be a time for us to stop and watch the birds.
They have so much to teach us.
Let us listen to their songs.
Let us protect the planet.
Let us not go back to our old ways.

Not All Dreams Are Equal

We all have dreams, but some dream in the quicksand of personal vanity; while others, in their dreams, see themselves connected to and reflected in all the others around them. For these dreamers love is universal and their joy increases proportionately with the number of people who are succeeding.

We all have dreams, but these few, who dream about everyone “making” it, regardless of race, religion, sexual orientation, economic status, gender, and nationality, are the few that are now millions. We are multiplying.

We are dreaming inclusively. And, it is caring that is revolutionary. We know what it means to care enough to share our dream with the world; and, not only wish, but work for equality and justice for all beings. This is the dream that will finally allow us all to awaken.

On Love and Loneliness

Dedicated to J. Krishnamurti and all of those who have ever wondered if flowers get lonely.

You stood alone in the darkness, light pouring from your eyes, penetrating into the unknown, sailing into the vast waters of uncertainty.  We explored the deep trenches of your wrinkles, canyons of wisdom flowing into the steeple of inquiry. Sages breathe while both alive and dead; you breathed the water directly out of the air.

We stepped delicately into the river of your life, the sail of awareness hinged to your constant presence. We discussed with you tomorrow, peered at yesterday’s shadow, and peeled away all emotional attachment to discovery.

During your greatest triumph, you were in love with being alone.

You cracked the shell of solitude, a fertile egg birthing truth. A soldier of action renouncing all that was contrary to freedom, you spilled your heart into our lives. You held us in your embrace, gushed forth as the Ganges, mouth opened, you were climbing in the downward fall. We yearned to discover how we could, as you, love being so alone… 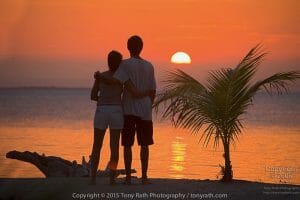 Loneliness is expressed through our need for each other, and in you we found that loneliness is needed for self-realization. For within the confines of our solitude we find the indivisible atom, the smallest particle, and the essence of our need.  In loneliness, we find you in love.

You loved loneliness.  Carried it with you as a feather tied to your heart.  You would occasionally remove it for us to see that you didn’t need it to fly.  We gazed you in the night sky.

Are the fireworks as captivating when you are by yourself?
Is meditation deeper when you are silent in solitude?

Reflected in your eternal eyes, we saw the shell of sight and found that inside is the freedom for which we yearn. It is a freedom to love unconditionally without fear of losing this view of paradise. For in paradise there is no comparison.  There is no view that one would rather prefer to have. In paradise, you are still in love, even while lonely.

In loving, even loneliness, the shell that keeps us confined is broken. Our isolation is no more. For in our joyous solitude there is no shell, there is only the truth of our being; a shining interconnected reality toward all of creation.

To understand why we are never alone requires we embrace loneliness. This is when freedom is found; in our greatest moment of surrender… our weakness… when it has all fallen apart and we realize finally that we can never be alone.

For loneliness is a perpetual state of ultimate freedom, of barren naked love.

Why do we often associate darkness with evil?

It’s a common analogy, used as a teaching tool in many settings. You’ve heard it I’m sure? The light is good and the dark is evil. Even Dr. Martin Luther King, Jr. reinforced this allegory:

With these words, Dr. King correlates darkness with hate. And he’s not alone. Over the years, I’ve stumbled upon enlightened teachers, in all shades of complexion, having a hard time breaking out of the mental conditioning that white is good and black is bad. Although seeming harmless too many, for someone with dark skin complexion the effects of this analogy can cause a psychological impression beyond what simply appears on the surface.

In the 1940s, Dr. Kenneth Bancroft Clark designed a test to study the psychological effects of segregation on black children. In his “Doll Test” Dr. Clark used four plastic, diaper-clad dolls, identical in everything except color. They showed the dolls to black children between the ages of three and seven and asked them questions to determine racial awareness and preference. Almost all of the children were able to identify the race of the dolls; however, when asked which they preferred, the majority selected the white doll and attributed positive characteristics to it.

Dr. Clark’s famous “Doll Test” was later used in the 1950s as expert social science testimony in a number of legal cases and was endorsed by 35 leading social scientists. The Supreme Court specifically cited his 1950 paper on the “Doll Test” in their Brown vs. Board of Education landmark decision. This gave teachers and educators the knowledge and responsibility to know how analogies negatively impact the subconscious self-image of our children (and adults).

The phenomenon of negative color association with darkness still rapes the psyche and self-image of people around the world today.

Skin lightening soaps and creams are commonly used by millions of people in African and Asian nations, as well as amongst dark skin populations living in North America and Europe. A 2008 study conducted by the World Health Organization discovered that 77 percent of Nigerians, 59 percent of Togolese and 35 percent of South Africans used skin-lightening products on a regular basis. Meanwhile, a 2011 study in India saw 61 percent of the dermatological market consisting of skin lightening products.

If you study the complexion of Bollywood actors and magazine models in India, you’ll find that the whiter your skin the greater chance you’ll have of being cast in the star role. Fascinatingly enough, in the industrialized world amongst whites, the opposite pattern sometimes occurs. Spending hours in the sun or a tanning salon has become a prescription for beauty, simply proving that the moon is always darker on the other side.

For what are these things that we know of as darkness and lightness?
Do they have any objective meaning besides what we have socially superimposed?

Perhaps humans are afraid of the dark because our ability to survive decreases. Come nighttime we become fearful because our eyes are not very discerning. We’re more susceptible to a surprise attack because we do not know what is in our surroundings. A fear of darkness is natural for humans, but does that make darkness “bad” or “evil?” Subjectively, perhaps for humans it does, but how about for a bat, owl or other nocturnal creature?

Many living organisms thrive in darkness and have developed keener senses of sight (through sound) for the blackness of night. For these creatures darkness surely is not an enemy but a stalwart friend that enables their survival. For them darkness is “good,” and daytime is when they’re hiding.

Water is never stiff
Light is never blind
Inside darkness is born life.

Perhaps if you’re reading this and you love sleep, then darkness is not so bad all the time? In fact, you probably crave it when you shut your eyes. Perhaps if you’re reading this and you’re fascinated by the unknown, then darkness serves a great purpose, for within it exploration and searching is given birth, and these are prime movers of our evolution.

It’s within darkness that a majestic seed of creation and birth is planted.

The womb is pitch black. In absolute darkness inception takes place, and in the black is where new life is incubated, nurtured, grown and sewn. Seeds are planted underground. It is in the darkness of dirt where they begin their journey. And, it is until they break out of the soil that they are moving through darkness. In fact, darkness is what provides the roots motivation to move upward toward the light; and roots, the lifeblood for the flowers, remain submerged until the very end. The roots need the darkness to survive.

If we change our perception we can easily see more sides to the story, and hopefully discover more creative allegories that speak to the truth of beauty.

In the Western world, there is a common misperception that the ancient Chinese Yin-Yang symbol correlates to good and evil. A deeper probing into the metaphysics of Taoism reveals however, our perceptions are subjective and create dichotomy to what is otherwise an ancient symbol that is actually pointing us toward the indivisible whole. The yin yang is not correlating good and evil, rather it is revealing the interdependent forces of the universe.

Lightness and darkness cannot possess any human characteristic or contain our projection of good and evil. Dark and light are not opposing forces but rather complementary forces—they need each other to exist.

Now doesn’t that make darkness quite a beautiful thing?

Darkness can teach us about our nature and illuminate from where we came from, but only if we move past associating it with bad and evil. So instead of fearing night time, or day time, let us embrace them and realize that whether black or white, light or dark, you’re simply another hue of life.